During these winter months, project partners from Department of Forestry at Biotechnical Faculty and Slovenia Forest Service regularly conduct systematic winter snow trackings of the remnant lynx population in Slovenian forests. We search for lynx footprints across Notranjska and Kočevska regions and so far we have been able to locate lynx tracks on Mt. Snežnik, Javorniki, Racna gora, Hrušica, Stojna, Mala gora and Velika gora. Snow-tracking helps us to identify areas were the last surviving lynx are still present and show us paths they use. Footprints also often lead us to the locations, where lynx marked their territory, which enables us to collect non-invasive genetic samples from urine in the snow. This data will help us choosing optimal sites for future releases of lynx translocated from the Carpathian population, as well as to understand how much the inbreeding levels will be reduced following population reinforcement efforts during the project. 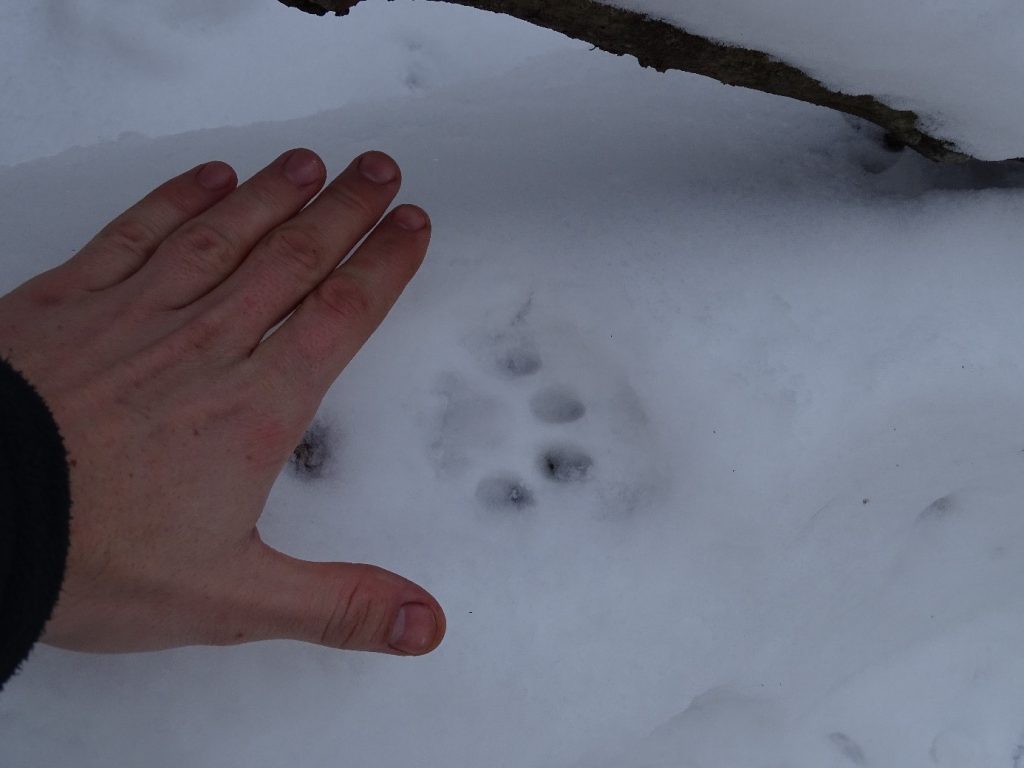 Checking the size of the footprint. It’s the lynx. Foto: Aleš Pičulin

Our website uses cookies that are strictly necessary for its operation, to provide a better user experience and to monitor anonymous attendance data. By clicking the "Confirm" button you agree to the use of cookies. If you do not agree to usable cookies, you can adjust the settings by clicking on the "Refuse" button, which will still use cookies that are strictly necessary for the website to function. ConfirmRefuseMore info